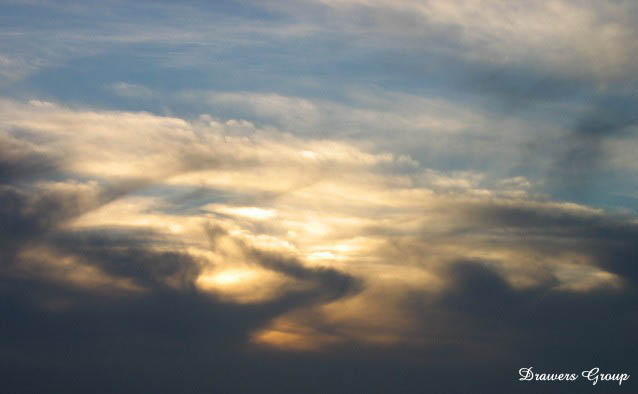 All praises and thanks be to Allah the Lord of all creation. I bear witness that there is no deity worthy of worship except Allah alone, without any partners, and I bear witness that Muhammad is His slave and Messenger, may abundant peace and blessing be upon him, his family and his companions.

As for what follows:

Brothers and sisters, in this short speech on the occasion of Eid al-Fitr 1443, I ask Allah the Exalted that He accept the fasting and standing in prayer of the Muslim men and women, and that He bless them in their days and actions.

Undoubtedly one of the most important aspects of this great religious ceremony is the gathering of the Muslims, the unity of their rows and the combing of their hearts during the Eid prayer and the days of Eid. These are also the fruits of their gathering together for fasting and standing in prayer during the month of Ramadan. As such, gathering together is from the foundations of the Islamic Sharia and an important part of its objectives. It is from the fruits of (possessing) the correct Islamic creed and of following the Messenger of Guidance r, just as our Lord, glorified and exalted is He, said: “And hold fast to the rope of Allah together and do not separate. And remember the blessing of Allah upon you, when you were enemies and He united your hearts and you became brethren.” And our Lord, glorified and exalted is He, said:  “And do not be like those who separated and differed after the clarification came to them. For them is a painful punishment.”

Brothers and sisters, this union is sought after in all our affairs, whether it is in matters of worship, such as the Friday prayer, the congregational prayer or the two Eids, or in worldly matters, depending on capacity and ability, such that the Messenger r ordered coming together in the instance of travel whereby he r said: “When there are three people on a journey, then appoint one of them as an emir.” All of this is to cut of the root of division, dispute and differing for these characteristics are from the characteristics of the people of the jāhiliyyah (pre-Islamic era). The people during that era did not unite together on any given day. This is why Shaikh al-Islam Imam Muhammad ibn Abdul-Wahab, may Allah exalted have mercy on him, regarded from the attributes of jāhiliyyah  that the pre-Islamic Arabs (ahl al-jāhiliyyah) believed: “opposing a ruler and not submitting to him was a virtue, and that listening and obeying him was a form of submissiveness and degradation. The Messenger r opposed the [pre-Islamic Arabs] and ordered patience when confronted by the oppression of leaders; he ordered listening to them, obeying them and advising them, and he was stern in this regard and would express it repeatedly. And these three things he combined are authenticated from him r in the two Ṣaḥīḥs (al-Bukhārī and Muslim) wherein he r said: ‘Verily Allah, the Exalted, is pleased with three things for you: i) that you do not worship except Allah and you do not associate any partners with Him; ii) that you hold fast to the rope of Allah altogether and do not be divided; iii) that you advise those that have been put in charge of your affairs.’ And disorder does not occur in the people’s religion or their worldly affairs except by means of breaching these three things or some of them.” All of this is the speech of the Shaikh, may Allah exalted have mercy on him.

Therefore it is upon us all, dear Muslims, that we are cautious of this great principle and great meaning. And this includes us as residents in these non-Muslim lands. For it is mandatory on the Muslim community (outside of Muslim countries) to strive for unity, unifying the rows, and eliminating opposition, division and dissension, by taking all the intellectual, practical, ethical and behavioural means they are able to.

And one of the most important means of unity and elimination of disunity is coming together in speech and making the rows as one through masjids and Islamic centres. These masjids exemplify to the Muslim community the best example, particularly in the affairs of their religion, such as the Friday prayer, the two Eids, the commencement of Ramadan and Eid, and so on from the legislative signs of Allah, the Exalted and Majestic. And whosoever from among the Muslims has an opinion or reasoned judgement, he should keep it to himself. For it is not permissible to influence any kind of discord, or change the status-quo, or divide opinion within the masjids or Islamic centres which are organisations belonging to the Muslims, their meeting places and expressions of their coming together.

Similarly, brothers and sisters, Fiqh conventions have ruled that Islamic centres in non-Muslim countries undertake the concerns of the (local) Muslim community such as marriage, divorce (ṭalāq) and mutual divorce (khulʿ), and they arbitrate in all of their concerns, religious or otherwise. They possess the attribute of legislative order between the community and their personal circumstances. And this demonstrates to us the importance of these masjids and Islamic centres and the tremendous position they assume in bringing everyone together in speech, making the rows as one, and coordinating the community’s efforts; not to mention their attending to the needs of the community and resolving their problems.

Therefore, it is obligatory on the Muslim to understand this issue, be alert to its importance in establishing the legislative signs of Allah and unifying the speech of the Muslims. Otherwise, if we were to establish something else by influencing discord, disunity or disagreement, for the purpose of another outcome, or something which will rival (the existing masjid or Islamic centre), then this is only chaos, an intensification of disunity and sectarianism, and a cause for the enemies of Islam to hold sway over the Muslims and gloat over their misfortunes.

It is necessary for us all to be alert of this. And we should be aware that people behave in a certain way or out of personal volition but do not consider the outcome. Nor do such people consider its fate. Instead one behaves like this, regardless of whether his intention is correct or malicious, and it causes discord between the Muslims and disagreements to the point that it confuses them during these blessed days while establishing the legislative signs of Allah and gathering together in the masjids.

I ask Allah to combine our speech, and to soften our hearts for one-another, and give us success in all that is good in this life and the hereafter. Ameen. Ameen. And all praises and thanks be to Allah the Lord of all creation.